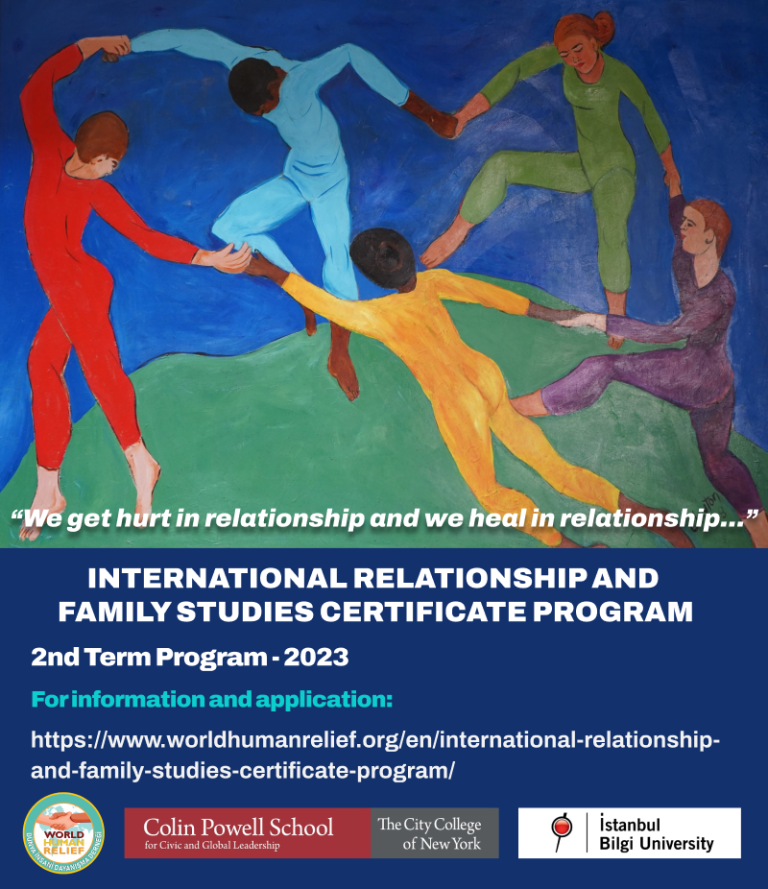 Message From the Director

Today, increasing rates of divorce and domestic violence have led us to find the factors that determine marital satisfaction. We have seen that the fact that spouses are stuck in their gender roles and do not know each other adequately, do not meet their expectations, and do not approach their problems with a solution-oriented approach causes alienation from each other and produces violence over time.

If there is violence in the family, the whole “Family” dies together with the individual exposed to violence. Having no one to take shelter produces overwhelming loneliness for each family member. The loneliest victims of violence within the family are women, and especially children.

However, “children are the words of a precious letter sent to the future.” Children learn many behaviors related to human-human, woman-man, husband-husband, mother-father relations from the interactions of their parents and put them into practice by using these schemes in adulthood. They grow up learning from their parents to love, respect, share, problem solve and support, or control and humiliate, offend, punish, and abandon.

Domestic violence is cruel language that openly tells children that they do not deserve love and respect, that they are vulnerable. Children often bear the burden of their parents’ unhappiness. If there is no psychopathological condition, every child who is seen as a problematic in my opinion is not a problematic, s/he is just a troubled! And this troubled child tells her/his troubles by crying. S/he tells by shouting, hitting and breaking. S/he tells by stuttering, shutting himself down and not speaking! He tells by hurting himself, others, committing crimes, making mistakes. And in the end, if no one understands, s/he will explain by killing her/himself!

If a society has children who are exposed to violence, raped, who are not sent to school but are forced to work, live on the street, beg, and have children who became parents at an early age, we cannot talk about the welfare and development of that society! On the contrary, we can say that the families that make up such a society are unhappy and dysfunctional families.

If we as human beings are unable to love, mend, relate, and raise soul-wounded children, we become accomplices to all crimes now and in the future. As long as we continue to produce hatred by using, showing and speaking violence against our children, we will continue to pass on the chain of hatred and enmity from one generation to the next. When we look at the history of humanity, we see that the perpetrators of the greatest massacres were dictators, whose childhood was traumatized in bitter loneliness.

Traumas transmitted from generation to generation are the most destructive legacies left to children. Trauma is dumb but alive! When we adults can transform conflicts into resolution and violence into compassion in our relationships, we can inherit a non-violent and fearless relationship culture to future generations. Otherwise, we continue to get hurt and bleed our wounds on others.

A person becomes a lover, a mother, a father as much as he puts effort into it. However, many of us don’t read, research, and learn enough about women, men, relationships, marriage, and conflict resolution. However, the relationships in which we live, make our future plans and give birth to children deserve all kinds of attention, knowledge and effort.

We have prepared the Relationship and Family Studies Program to prevent all types of domestic violence. I believe that your participants in this certificate program will take very valuable roles in family psychology and basic axes such as recognizing/understanding/explaining the problems, preventing domestic violence and healing and honoring the victims of violence.

I am hopeful and excited that I will contribute to the professional community, family and community mental health in my country and in the world.